Is Die-Hard a Christmas movie? 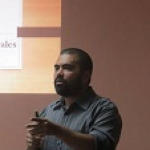 Every year happens the same about Die-Hard! But come on! Let’s finish this once for all, and discuss if this one is a Christmas movie or not!

With Christmas fast approaching, several of us will be heading home to celebrate the holidays. We go home (or stay for the quarantine) with some of the superior and most irritating people: the family.

Of course, you can be sure that December 25 will be a day of discussion at the table for many. People will be talking about everything and movies are a very tempting subject!

Christmas movies invade the cinema and TV in December. The themes are well known: family comedy, family drama and sometimes horror, but can there be action movies for this holiday? It seems that there can!

What’s up with this movie?

But there is one question that has divided families every Christmas for the past 30 years: is dying hard a Christmas movie or not? Many have always recognized a Christmas movie as Bruce Willis’ traditional one, while others forget that Christmas is part of the movie’s plot!

While we have our critics on the subject, we are not here to tell you what we imagine. Instead, we will present the facts from both sides and let you comment on them during this holiday season. That’s why Die Hard (1988) is a clear example of this trend.

So let’s get into business with Die-Hard!

The first thing we must take into account is its plot. Die Hard focuses on the story of a New York City police officer (NYPD) named John McClane. The point is that he must rescue a group of hostages in a city shopping center who has been kidnapped by terrorists.

The most iconic part of the story is that the victims include McClane’s son and wife. This is the beginning of an iconic action thriller of the decade. However, let’s learn more about this film set in the Christmas season.

A little bit about Die-Hard

What makes this work magical is the depth of the characters. Everyone, even the secondary characters who might seem like fillers, has their own thing to thrill you. At the same time, it has one of the best villains in history, recreated by Alan Rickman (yes, the instructor Snape). John McClane never wanted to be ahead of that circumstance.

He doesn’t know if he’s up to it. In fact, in one scene he says goodbye and leaves a message for his wife. He is a human idol, real, he feels, he hurts the blows, he bleeds. Maybe that’s why we generate more empathy.

This film has everything! It has romance, comedy and a lot of action. It also has huge individuals, conversations, and moments that became iconic for the history of cinema. Above all, it has a plot where everything has a reason to be, from every gesture to every action. All the subplots that open have a satisfactory closure.

All characters are well used. The policemen, the notary, the limousine driver, the «bad guys». In fact, over the years, some old archetypes like «the funny black man», are still balanced in this film. At no time is it denigrating or anything like that.

All the subplots of the plot are well taken care of. All the conversations and actions are there to be used later, the fear of heights, the clock, the photo, and it could go on until you get fed up. It is a story that is watched and polished to its highest expression.

With this said, let’s meet those who think it is a Christmas movie and those who don’t as we said before.

The ones who say Die-Hard is a Christmas movie!

It takes place during the Christmas Eve

Well, this is the first thing that can confuse people. If it’s not a Christmas movie, why is it set at this time of year?

Yes, this film is set in the middle of Christmas Eve. This is the setting where the whole film takes place. In fact, John McClane personifies scenes where you hear Christmas songs, and everything is concentrated at this time of the year. The criminals had premeditated the perfect robbery, including hostage-taking. However, they did not count on this intrepid cop being inside the building.

In fact, he emerged victorious only to help his wife, who was among the people being held. John had arrived at the building in an attempt to help his marriage. The spirit of Christmas made Bruce Willis’ character look for Holly (Bonnie Bedelia).

The Christmas songs are all over the place!

One of the first action situations in Die-Hard happens when John annihilates one of the terrorists and returns his body by the elevator to the 30th floor, although before that he puts on a Santa Claus hat and a T-shirt with the text «now I have a machine gun… ho, ho, ho». Coincidence?

In addition, in the last part, the policeman’s’ hard to kill’ finds an adhesive tape of Christmas presents with which he ties a gun in the back. In addition, when the movie ends, Vaughn Monroe’s popular Let It Snow plays.

It has a nice ending

Despite all the action and the number of explosions and shots, the film has a happy ending. On the one hand, McClane achieves his goal and defeats the terrorists, and rescues his family. But the story has other interesting outcomes. One example is Sergeant Al Powell, who goes from being a discredited cop to a local hero.

The story also revives the values of love, commitment, dedication, and good vibes. This is what Christmas is like.

Those who say Die-Hard is not a Christmas movie!

When we are with our families this Christmas, we don’t think about watching movies where there are explosions, violence, and unbridled action. Instead, what we watch as a family is movies about values, love, friendship, and good Christmas spirit. This is one of the reasons why this film is perhaps not the first Christmas selection of the family.

Die Hard has strong scenes and in fact, you have to remember that it has a type R rating, which is not suitable for children.

So this would be a good first judgment to say that it is not a Christmas movie and to defend a bit those who agree with this approach.

It doesn’t have the usual Christmas-themed thing!

What an audience is used to seeing in a Christmas movie all the elements related to Santa Claus as well as reindeer and all that. You have to remember that in this movie we don’t even see any snow.

Okay, it’s great that it takes place during the Christmas season. However, it’s epic that this movie has all the Christmas airs that a classic requires. It also doesn’t have that fresh Christmas air that we’re used to seeing in Christmas classics.

Instead, it is an action-packed plot with many payments, recipes for dinners where John Mcclane risks his life to save his wife, take his son, and all the hostages.

Santa does not make an appearance

This film was released in July. Perhaps this fact is important to understand the people who say that this is not a Christmas movie. Nor is there anything about Santa. We believe that Santa is synonymous with Christmas.

But there is no denying that they didn’t take advantage of any occasion to add a Christmas song and even messages from Santa. He appeared in Ho-Ho-Ho, but not Santa.

In an interview, Bruce Willis (John McClane) said that this film is pure action! Nothing to do with Christmas. He said that neither the script nor the production was made with a Christmas message in mind.

Die Hard may seem to cover all these bases of being a Christmas movie, but Nah. This doesn’t mean Die Hard isn’t a rad action movie. In fact, Die Hard belongs to the top action movies of the 80s.

Die Hard is a must-see Christmas movie, so take advantage of this holiday season to get some action in your living room.

We gave you the facts! Die-hard is a Christmas movie or not? Well, that’s your opinion, my friend! We tried to make a comparison and help you decide! Enjoy this Christmas, watching some classics like this one!

Die-hard can be a great choice to spend that December 25th at home, laid on the bed, and see how everything blows up!

Is Die-Hard a Christmas movie?